A downloadable game for Windows

Get the full trilogy here for just 12usd.

Princess Ren Returns is an RPG Maker VXA RPG.
It follows the story of Princess Ren,
whom in Damsel Quest was kidnapped and dropped into the Castle of Dark Illusions where she was assaulted by figments born of her repressed lust.
She escaped after obtaining the powers of a demon, and now she returns home...

To find the castle a mess.
An imposter took her place, the soldiers are running rampant, the girls are committing acts of wanton debauchery, and the dimensions of the castle have become twisted and filled with lewd beasts and fairies.

The barrier governing the castle is turned against Ren, sealing her powers up so now she must fight her way around the castle to bring it back under her control, and topple the menace who took her appearance.

FEATURES
on map encounters (as opposed to random encounters).
rudimentary clothing damage - enemies will try to render you naked and vulnerable.
non-standard game overs for almost all enemy types.
ARMOR BREAK - some enemies can have their armor removed in combat.

the full game is uncensored.

DEMO note- you may have to restart your game when purchasing the full version of the game, as some things have changed since the demo's creation.

In order to download this game you must purchase it at or above the minimum price of $5.70 USD. You will get access to the following files:

and also. what is the Combat like ? is it turn based or action ?

what specifically does it say you need? you should be able to google it. is a typical rpgmaker game with the rtp seperated since they get used in a lot of games. if its just dlsite saying you need japanese something they're wrong.

yeah this ones a game over game. turn based combat. its pretty tough in places, since i hadnt adopted game overs for bosses only yet.

ok thanks for replying :)

dealing with emi's curse is the plot of the 3rd game. but they do have to sweep the castle between now and then to get things mostly normal.

Healing to a save point removes Ren's wings.

I think this is because healing to a save point removes all status effects.

It seems you didn't think of adding an exception for wings so may I suggest to fix it now please? :-)

isnt the skill to uncase them free to cast?

Yes, it is. But having to release them again every time we heal at a save point is annoying. It would not be if you add an exception for wings to the script which removes all status effects upon healing at save points.

I'm wondering does this game include Impregnation?

there's at least one instance of slime impregnation. i had a lot of fun writing that game over.

hmmm its a full h game, not like didnapper that didnt go further than girls in bondage.

majo let you tie up girls though, give the demo of that a look

Someone reported a bug that slipped through the net in this version, reuploading now

Hey man, so I am currently playing your game Princess Ren Returns and just entered the castle at the beggining of the game but cant seem to get past those 4 orcs. Can you give me a tip on what to do?

it's a thing from lilipalace. you escape from the 4 and this has ren back off into a choke point so she can fight them one at a time

Ah OK I'll try this out thanks

I have another bug who slipped through the net to report.

The game starts lagging when I talk to the digger slim in the casino after I fighted it when it was blocking the path.

The game was still lagging.

Then I reloaded my 1st save.

Conclusion: Talking to the digger slim generates a bug which causes the game to lag and keeps lagging if the game is saved, shutdowned and reloaded, which means it is a persistent bug.

So may I suggest you to check the script of the interaction with the digger slim in order to find and fix what causes this interaction to generate a persistent bug?

its possible it was made with the bugged version enterbrain messed up with... so erasing a picture that isnt there causes lag.

thats all i can think off the top of my head.

I don't understand what you mean with "erasing a picture which isn't there", care to explain?

Also, since you're talking about RPG Maker, there is something that I have wanted to ask you since I started playing your games.

Could you move the games that you made with RPG Maker VX Ace to RPG Maker MV?

I ask you this because I am used to play games running on RPG Maker MV engine so I can feel how outdated RPG Maker VX Ace is, the gameplay feels much less smooth, the options are much more limited, the graphics and the interface are much less beautiful, the overall feeling is much less enjoyable.

I think your games have potential. So I think it is a shame that they are hindered by an outdated engine when they could be enhanced with a more evolved less limiting engine, don't you think?

I don't know if you play games from other people, so I don't know if you are aware of this, many people who have used VX Ace to make games have since moved their games to MV to benefit its enhancements and the games really benefit from a more enjoyable overall feeling, the gameplay, the graphics, the interface, the options, everything has been enhanced and feels much better in RPG Maker MV.

As a player, I can tell you that I would enjoy your games much more if they were enhancened with MV because, as I said, I am used to play games running on this engine and I feel really hindered when I play a game not updated which lacks the features from RPG Maker MV. :-s

As a creator, wouldn't you like to give some enhancements to your games too? 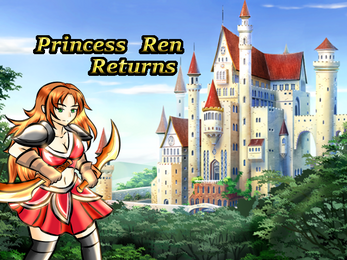